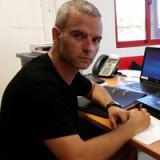 Hammarby comes from a draw in a game where he dominated the all game and missed many goal opportunities but only managed to score near the end of the game. A game that in theory should have won. Now they play at their stadium and they have to win because they will play against a weaker team.

Hammarby before the championship started was one of the contenders to win the championship, but at the moment they are in 8th position with 16 points, 9 points less than the first place.

At home Hammarby have gone 4 games without losing. 2 wins and 2 draws.

Paulinho and Tankovic are doubts, but probably both not play.

Falkenbergs comes from a surprising victory at the Orebro stadium. He won 2-1 and left relegation places. The team is going through a good phase, there are 3 draws and 1 win in the last games.

Tim Erlandsson, Kwame Kizito and Mahmut Ozen are all out. Tobias Karlsson is doubt.

Hammarby has an obligation to win this game, they are better team and play in their stadium. Hammarby has one of the best teams in this country and has to fight for the top places. Hammarby will dominate the game because he is very strong at home and must take advantage of the opportunities he will have to win the game.