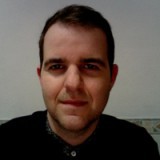 Malmo are for me the big favourites to win this season league title, I even had that opinion when they were 7 points behind Norrkoping but Malmo made a nice stretch of wins and won 5 games in a row with an impressive 15:4 in goals and are coming of an nice bounce-back win over Goteborg on the road where they beat them 3:0 and so revenged their Cup loss against them. For me Malmo has the best squad in the league and they are the team who plays the best football in the league, early on in the season they were losing a lot of points because their attack wasn't connecting but with the weeks past their attack become better and better and since then they had no issues to win their games, they always create a lot of chances and now they are scoring the goals of those chances. For this game they haven't injuries problems but the Coach has been rotating some players but don't see an problem here because their success has been proven lately even with the rotations.

Helsingborg is current at 15th place and it's very strange to see an team who in the last 7 games haven't lost any game in this position but they are a draw machine team, in the last 7 games they had 1 win and 6 draws what I still consider amazing results, it's not easy for an team like Helsingborg been beaten for so many games but I must admit that this team had some draws with a ton of luck, especially on the road games, lets see, against Djurgardens they were down 0:2 and managed to end up with 2:2 only because Djurgardens relaxed after the early 2:0. Against Goteborg they were 0:1 down and by that time they could have been down by 0:2 or 0:3 and in the 90+2 minute they scored the 1:1. Against an poor Falkenbergs team they were down by 0:2 and scored 2 goals in the 81th minute and 90th minute for an 2:2 draw and then that poor 0:0 draw against Ostersunds, but in that game both teams were awful. It's kinda amazing how this team manages to survive in so many games with late goals but today I don't see them been lucky here, Malmo is too good for them. For this game Helsingborg are without Abubakari who is suspended and Head Coach is also suspended for this game because he got send off in the last game.

This is a derby between both of this teams but derby's have been going well in this stadium in the last three games, they won 3:1, 2:0 and 3:0 in the last 3 games at home against Helsingborg and now I see it happen once again, Malmo is finally playing on the level like expected and Helsingborg lucky streak will end today and it's also tough not having your main coach on the field in an derby but overall if Malmo plays like they have been showing lately they should win here by 2 or more goals easily.

This Hammarby team is always one of the strangest teams in the league, every year they start the season poorly and then they finish the season on an very high note, last season they don't won the league title because of there very poor start to the season and this season it happens again, 8th place for this team is really poor because in terms of quality of the team they are in the top 3 in terms of talent for sure. After an awful start to the season Hammarby had two promising performances, they beat Orebro at home by 3:0 and showed really good attacking football and then in the last game on the road they had another poor result 1:1 against Helsingborg but to be fair, Hammarby dominated that game and create a lot of chances but only managed to score the 1:1 very late. For this game Hammarby are still without Magyar and Paulinho.

Falkenberg season goal is way different then other teams, only surviving matters for this team and so far so good, 13th place after that good 2:1 road win over Orebro. Falkenberg has been an surprise this season in terms of their attack, 14 goals in 12 games is an surprise for me but they need to be effective because their defensive line is poor but this team is coming of some very surprising results. In the last 4 games Falkenberg had an 2:2 at home vs Helsingborg, 2:2 on the road against Goteborg in a game wherent they scored and last second goal, then an huge 3:3 at home against Norrkoping in a game they almost won and in the last one in the end of the game they scored the very important 2:1 winning goal against Orebro via penalty kick. For this game Falkenberg are without Kizito, Erlandsson and Ozen.

Even Hammarby hasn't been that impressive in this season start like always we are starting to see this team clicking together, their attack is getting better week by week and at home who they usually are really strong team they should have no issues here to beat Falkenberg, for me Falkenberg has been over performing so far and from what I saw in their last game at home against Orebro I can see here an similiar outcome, I expect Hammarby to dominate this game and in the end conquer the 3 points here.